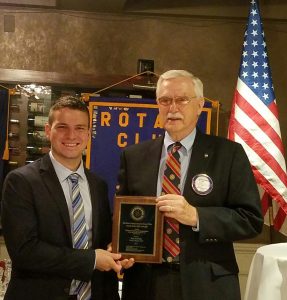 The “Four-Way Test” encompasses a test of the things we think, say or do, and include:

Ian volunteered 2,361 hours in 2016 and was selected as Centre LifeLink’s “Volunteer of the Year” for 2016. Ian received this award alongside Rob Nese from Alpha Fire Company and Denny Johnson of Boalsburg Fire Company.